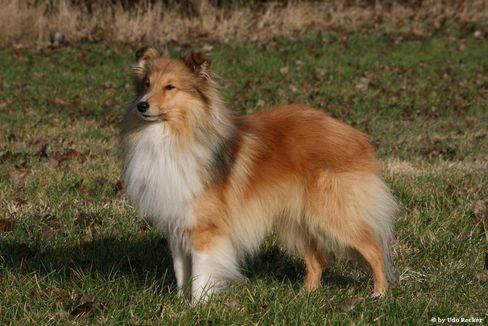 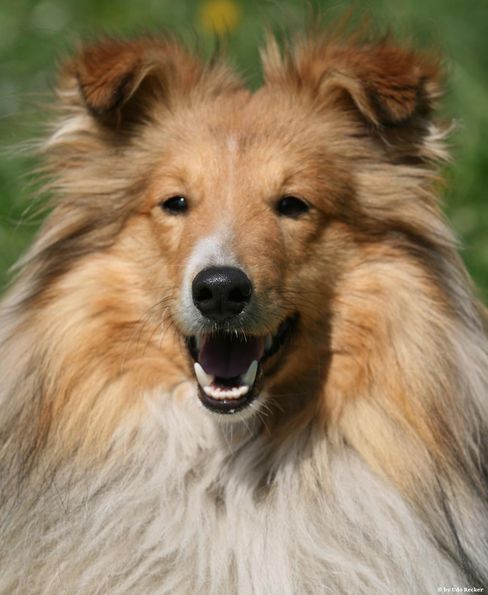 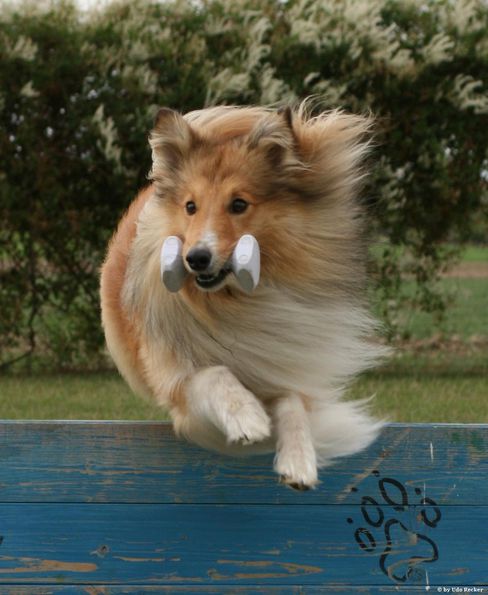 Right from the beginning we agreed on having more than just one Sheltie living with us. So two years after Fabio´s arrival our “No. 2” moved in: Nino.

Nino shared the same unfailing enthusiasm for working with Fabio – and he would have run his feet off doing anything just as long as he could take part in it. Let him have a run through an Agility course, clear a Flyball hurdle or work on a lunge circle and he was happy. According to Nino all this could only be outdone by trailing. But he could not only run like lightning, he also had a good head on his shoulders. His readiness of mind was impressing and he was a quick learner in Competitive Obedience as well as while shaping new tricks.
Due to health problems Nino could not take part in competitions for some time.

In the normal course of life Nino was the most serious cuddler one can think of. So it was not surprising that he loved all sorts of people from the moment on he met them cause there might have been a chance that one succumbed to his distinctive charms and cuddled his belly.

When there had been puppies in the house Nino enjoyed to look about them and put up with everything.

The early loss of Bijou and Tamina hit him very hard. Fabio’s death was a decisive event for Nino, his lifelong alter ego was no longer there.