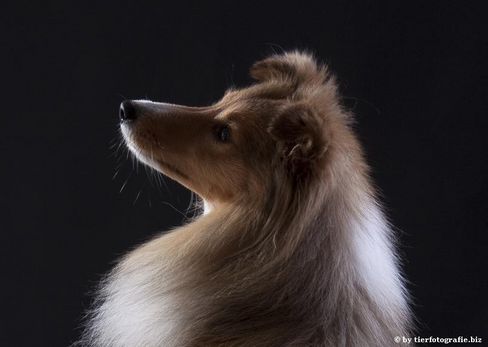 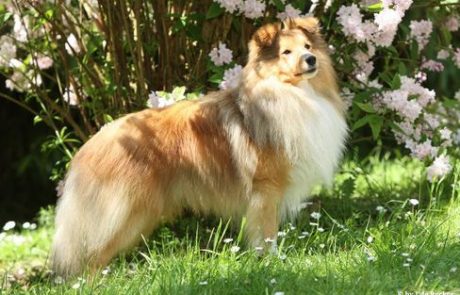 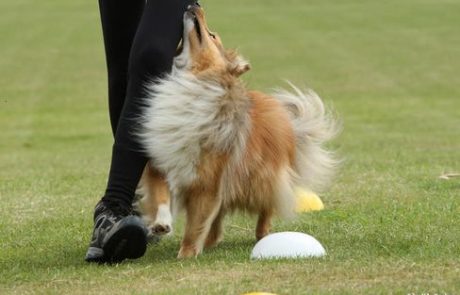 The day he moved in Bijou immediately decided to be „my“ dog and he was my permanent shadow ever since. Our French boy was the most sensitive of our Shelties and in many respects he always was the kind of Peter Pan that came to as a puppy. He fledged noticeable when Fiamma moved in and he shortly adopted her. As far as the end our “little ones” were inseparable.

Even at an early age he revealed his opinion that he was born to do Competitive Obedience. He and Fabio shared my pleasure in doing this kind of sport ever since. Thus it cannot surprise anyone that he qualified for FCI-Obedience class III at the age of three although he had been built up very carefully. He was successful in class III ever since.

When he was nine months old we jumped at the chance to find out if he was interested in herding sheep. And we got to know that he had kept an intuitive predisposition for it. Unfortunately we could not let him work with sheep that often owing to a lack of opportunities.

Thanks to Anne Socolovert who yielded this gem to us! As his name implied Bijou really was a unique „charme fou” that takes a prominent place in my heart.

Following a tragic occurrence and a long fight, that we thought we had won already, we had to take farewell of him at the age of six. Thank you for every single day you have given to us in your far too short life.